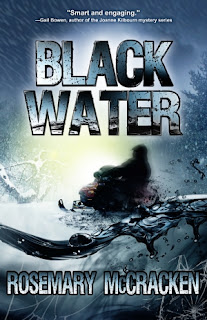 Welcome back to Nighthawk Talks. I'm Nighthawk and tonight we have Pat Tierney back.

So  Pat, what do you do when you’re not solving murders?

I’m a financial planner. My late husband, Michael, was a financial advisor at a large investment firm. His enthusiasm for his work was contagious so after our first child, Tracy, was born, I took courses, got my accreditation and joined Michael at the branch he ran.
I enjoy helping my clients get their financial houses in order. It's important work that I do, and I take it very seriously.

So, you are a professional financial planner and amateur sleuth. You should write a book.

For the past few years, I’ve been helping Rosemary McCracken write down my stories for her mystery novels, Black Water and  Safe Harbor. Both books are narrated in the first person, meaning that I told Rosemary my stories and she wrote them down. And I wouldn’t have wanted it any other way. These are my stories and I described how I felt when they were taking place. At times, I was absolutely terrified. At other times, I was uncertain what to do. I was beside myself with worry when those bikers in Black Water threatened to take little Tommy from me. I just couldn’t let anything happen to that child.

Let's talk about Black Water. What made you investigate the murder of Lyle Critchley?

Near the end of Safe Harbor, Tracy introduced me to her sweetheart. I had been hearing about this young lawyer, Jamie Collins, for some time, but I had no idea that Jamie was a woman. To put it mildly, I was…shocked. I had no inkling of Tracy’s sexual orientation. And I handled it very badly.

When Black Water opened, my relationship with Tracy was stretched to the limits. She’d moved in with Jamie, and I’d focused on my work. I hoped she’d get over her infatuation. And I made no effort at all to get to know Jamie.

One cold, miserable evening, Tracy came over to the house. She told me that a few days before Jamie had received a letter from Lyle Critchley, an elderly man who lived in the community up north where she’d grown up. Several years before, Lyle had killed her younger sister in an impaired driving accident, and Jamie was upset to get a letter from him asking for her help. I asked Tracy what kind of help he wanted, but she said Jamie hadn’t told her. And she’d shredded the letter as soon as she’d read it.

The following morning, Jamie borrowed Tracy’s car, and Tracy hadn’t seen or heard from her since. But that very evening, Tracy had heard on the television news that Lyle had been killed in a fire at his home. And the police were calling it murder.

I think I can see where this is going. Your daughter wanted your help and you wanted to mend bridges.

Yes. Tracy begged me to go up north and find Jamie. I didn’t see what I could do to help, but I realized how much Jamie meant to my daughter. I also realized that Tracy had been keeping things from me for a long time. I love my children and I don’t want them keeping secrets from me. I had to show Tracy that she could trust me and count on me. Any time. Like then and there.

The next morning, I drove up to the town of Braeloch and met Jamie’s mother.

Jamie's mother gave you a better perspective of your daughter's partner, but also made it clear that Jamie had a solid motive for murder. What made you think Jamie Collins was innocent?

Jamie had been seen near Braeloch on the day Lyle was killed, so the police wanted to talk to her in connection with his death. That, I reasoned, meant that she was a suspect in the murder investigation—the prime suspect. But Jamie wasn’t talking to anyone. She’d vanished.

But I didn’t think Jamie had rushed up to Braeloch to murder Lyle for killing her sister. If she’d wanted to do that, she would have done it years before.

And the more I learned about her over the next little while, the more I came to like her. Jamie, I learned, was the lawyer who’d secured a landmark judgment on behalf of an elderly woman who’d lost most of her savings when a financial advisor put them into high-risk securities. That impressed me.

Bit by bit, I formed a picture of Jamie as a strong and principled woman. Wherever she was, I figured she was probably investigating something. Probably whatever Lyle had told her in his letter.

You’ve had to deal with a lot of family drama.

Yes. I discovered that my late husband Michael had a son with another woman. I tell that story in Safe Harbor. And I learned that Tracy was a lesbian. In Black Water I realized just how important family is to me, and that I can’t let anything come between me and my children.

How do you juggle family drama and detective work with your career?

I needed to be in Braeloch to look for Jamie so I talked my CEO into sending me up there to supervise the opening of a new branch in the town. Well, that triggered a number of other developments. I not only had Tracy worried out of her mind about Jamie, but I was trying to find a murderer in a community where I knew no one. I did meet people, though. Members of a biker gang. Two women who run a grow op. A wily investment fraudster. And I had thought that nothing ever happened out in the countryside.

How do you cope with all that?

One foot in front of the other, and a lot of deep, relaxing breaths. The family drama, I’m sure, will eventually work itself out. I have faith in my children. My daughters both have big hearts, and they always intend to do the right thing. And little Tommy is a great little boy. I’m sure he’ll turn into a fine man.

My daughter Laura, of course, calls me “the world's biggest pushover.” And she may be right.

Which, of course, means there might be future stories written with Rosemary. Can't wait to find out.

Black Water, the second book in the Pat Tierney series, has just been released. To win a $50 Amazon gift certificate, enter the Black Water Giveaway Contest. Deadline is June 15.