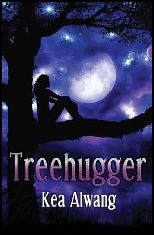 As Monty Python used to say, "And now for something completely different." We have a young woman with us who... Who are you again?
Who am I? I am Star of Earth. I am a Jacondorian sentinel, an agent of a super-micro organism called the Ethimarrow. My purpose is to assist the Ethimarrow and the leader of Jacondor in tipping the scales of good and evil in favour of the good. I do so with just over 1,000 other sentinels who represent their own homeworlds.

Star of Earth?
My name is Chloe, but I prefer to be known by my nickname, Star. I'm fourteen, starting high school and my home planet is Earth. See, I lead a double life between Earth and Jacondor thanks to a near-infinite network of time lines, shifting dimensions, and folding sheets of space stuff that Earthen scientists haven't come close to picking at. I'm strong, bright, courageous, quick, and...  well, at least I was all those things until my best friends disappeared. For someone supposedly so smart, I've done some pretty stupid things lately.And some pretty stupid things have happened to me too!

Like?
This guy, Sal Rodoso, stole my underwear and wore it on his head. It was a stupid prank meant to embarrass me and make him look like the life of the party. He was right on both counts. For me, the whole situation was a wicked-blatant statement that nobody cares that I'm a loving, do-anything-for-you type of person who busts my butt trying to promote peace. Truthfully, they know nothing about me, so why should they know any of that? Still, the whole act caused my fear of being around them to morph into something close to hate. And that was before my bra went slingshotting across the room.


I'm confused. This happened because your friends were missing?
My best friends. CK and Leada, my soul mates, disappeared about a year ago. Somehow my confidence, strengths, and usually cheerful nature went with them. Tarthimum, my Jacondorian guardian, refused to tell me what happened to them. Somehow between the bullying on Earth and feeling two-thirds short of whole on Jacondor, I guess I became a bit unglued.

Anyone would guess that being kidnapped at age 7 by an insane genius and experimented on would have been the end of me or anyone else. Nope. That wasn't it. Despite years of nightmares, I lived through that time thanks to the unconditional love of CK and Leada who lived through it with me. They "got me" in every way. Never had to pre-plan my words around them, hide anything from them. No, their disappearance was my undoing. Apparently, they knew me way better than I knew myself.

So what are you doing about it?
I always assumed that friendship was the most important part of life. When people that love you have your back, what can't you do? I was so busy marveling at how CK, Lea and I were three parts that made an incredible whole that I forgot how to work alone. I forgot how to strengthen myself from within. I intend to learn how to do that.

I'm not sure. The mad scientist who kidnapped us when we were kids might be back. If that monster has raised his ugly head again, I'm going after him.

That girl is as good as her word. Which means if we want to find out more, we'll have to read Treehugger by Kea Alwang.
Posted by Alison E. Bruce at 12:40 AM