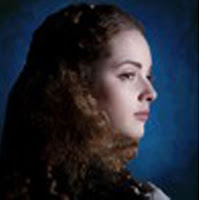 Imagine faking your own death to escape an abusive husband. Now imagine doing this in the late nineteenth century when women had few rights and options outside of marriage.

Brianna Wight faked her own death. Then, in St. Louis, she hired a wilderness guide, Columbus Nigh, to take her to Independence, Missouri. There she hoped to join her sister and her family on a wagon train to Oregon. On arriving in Independence, they learn that Brianna’s sister died of cholera and her brother-in-law had taken the children back east. Unable to return to her own home, Brianna convinced Columbus to pose as her brother so that the wagon master will allow her to travel with the wagon train. Meanwhile, her husband discovered her deception and was on her trail.

Welcome to Nighthawk Talks, Brianna. I know this must be very strange for you.

Thank you for inviting me. You're positive my husband won't find out about this, I hope?


In this time and place, your husband is long gone. Nothing you say here will get back to him.

Your story begins with running away from your husband. Can you tell us about him?
Barret Wight is a good looking man and wealthy, but a miserable childhood turned him into a bit of a bully, I'm afraid. He's also unfaithful. He thinks I don't know, but he has a mistress in town he keeps in a house he bought her.

It's good of you to see that his abuse stemmed from his own past. Many women in your place would be too angry.

It was a mistake to marry him. I was lonely. With my parents gone and my sister married, I felt this was my last chance for happiness. I was wrong. Still, if I had not made that mistake, I would not have met Columbus Nigh. 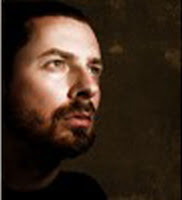 What was your first reaction to Columbus?

Fear. Our first meeting was a rather unfortunate one. He was brawling with another man and I was knocked down in the melee.

Traveling with a wagon train is very challenging. What was the hardest part of the journey for you?

I fear that I did miss my lovely clothes, and my elegant home, but compared to freedom, such objects count for nothing, do they? The most difficult part of the journey was making new friends, like Lilith Beaudoin, such a sweet lady, and then having to watch her die a horrible death from cholera. Losing my beloved cat Shakespeare was an extremely unhappy event as well. He was all I had, you see. I had left everything else I owned behind when I ran away from Barret and joined the wagon train.

You were very intrepid. Was it all trial and tribulation?

I loved the journey itself, the challenges and finding out I was stronger than I'd realized. The wide open spaces of the prairies make me feel so free. But finding Col was the most wonderful part of the trip, of course. I never want to live without him again.

Unfortunately, spousal abuse is still with us, though wagon trains are not. What is your advice to women in a situation like yours?

Take courage and realize you don't have to stay and endure such treatment, that you are stronger than you think and can survive without such a man. 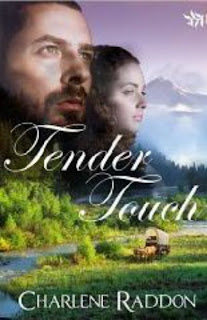 
Photos and cover art used with permission of author.
Posted by Alison E. Bruce at 5:03 PM